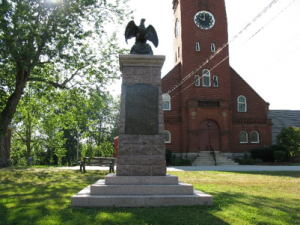 Dudley, a part of Worcester County, is home to just over 11,000 residents. The town was incorporated in 1732. Dudley is known for being the location where General George Washington camped with the Continental Army after their victory in the Siege of Boston in April of 1776.

Radio Oil services the town of Dudley and frequents the area several times a week . We provide the area with heating oil, diesel fuels, gasoline, and lubricants and metalworking fluids. As a one-family owned business since 1922, we stand to deliver only quality products to local homes and businesses.

Did you know… In April 1776 General George Washington camped in Dudley with the Continental Army, in an area that is now route 31 near the Connecticut border, on his way from Boston to New York City.