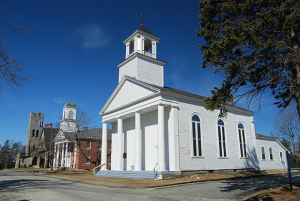 Leicester, a part of Worcester County, is home to almost 11,000 residents. The town was incorporated in 1714. Leicester is made up of three districts – Leicester Center, Cherry Valley, and Rochdale.

Radio Oil services the town of Leicester and frequents the area several times a week. We provide the area with heating oil, diesel fuels, gasoline, and lubricants and metalworking fluids. As a family owned business since 1922, we stand to deliver only quality products to local homes and businesses.

Did you know… Colonel William Henshaw was from Leicester. Henshaw coined the term “minutemen” in his declaration that men should be ready for battle at any moment. He would later serve as an adjutant general under Artemas Ward, who was second in command to George Washington in the Continental Army.